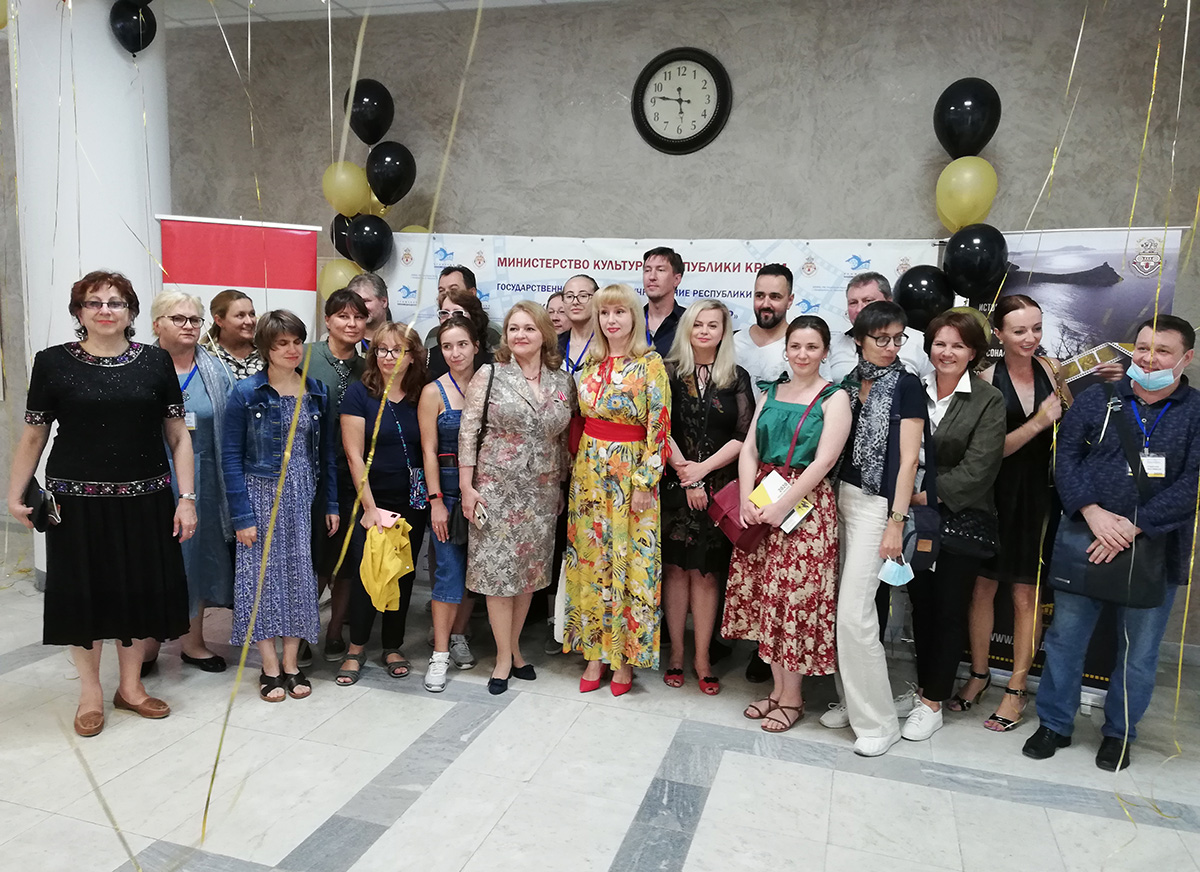 THE FESTIVAL IS OPEN!

The III Crimean open festival of documentary films «CrimeaDoc» was open on September 15 in the concert hall of the Simferopol Music School named after P. I. Tchaikovsky. At the opening ceremony, 49 competitive films were presented in three nominations, the Jury of the festival, participants – Russian and Crimean filmmakers, and honorary guests of the Festival.

The Festival organizers, participants, a few spectators, in accordance with the sanitary standards during the pandemic, were happy to walk around the beautifully decorated lobby, take pictures against the background of banners and press walls, enjoy future film screenings, creative meetings, possibility of communicating with old friends and meeting new colleagues.

At the ceremony, the ceremony presenters told about the Festival program, the Deputy Minister of Culture of the Republic of Crimea welcomed the Festival Management and the filmmakers, the jury members and the competition programs were presented. With pleasure, everyone watched the performances of the best creative groups of Simferopol – the folk dance ensemble "Yunost "of the Medical Academy of the Crimean Federal University named after S.I. Georgievsky, the Alla Dukhova ballet school "Todes", the violinist ensemble "Youth of Crimea" of the Simferopol Music School named after P. I. Tchaikovsky. Then the Director of the Festival said the important words: The Festival is opened!

The festival opened with the film "Crimea: Chronicles of the Russian Spring" directed by Alena Ivanichenko.

For 4 days Simferopol was the place of cinematography. The filmmakers presented their films in the cinema, conduct a lot of master-classes and creative meetings with pupils and students, organized the joint film screenings and discussion, press meetings and a round-table. The Festival Managment prepared for guests the journey with a boat trip around the bays of Balaclava to southernmost point of Crimea – Cape Aya and the evening tour of Simferopol in the trolleybus!

The stormy festival days flew by quickly and now, the last farewell day has come.

The day before the farewell ceremony, the jury members argued for several hours, trying to determine the winners of the film competition, and it was very difficult. Everyone, both the participants and the jury team, claimed that very strong competitive program was collected – there were many good films in it. That’s why it took a long time to identify finally names the owners of the five statuettes in accordance with the Regulations. 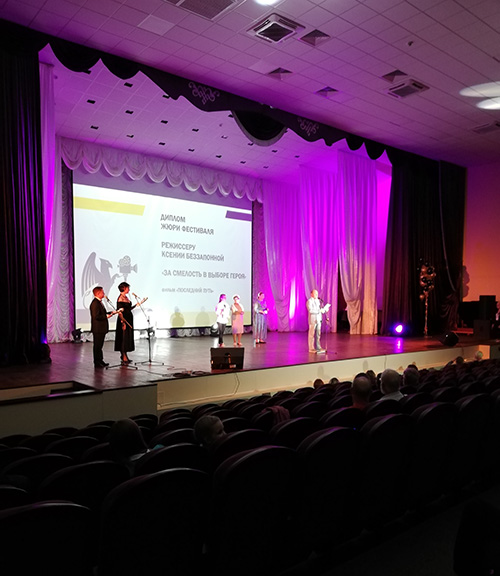 And now, this most desirable and, at the same time, sad moment has come – the closing ceremony of the festival. September 18 in the concert hall of the Simferopol Music School named after P. I. Tchaikovsky gathered all participants, Management and guests to sum up the results of the festival and find out which films were the winners.

The ceremony presenters told about Festival events, named figures and data, reminded about the nominations, about the films presented in the competition program, and the fireworks display of gifts and awards began. The Festival Management and the Jury presented the awards:

- The SPECIAL PRIZE "Breath of Fate " was awarded to the film directed by Elena Dubkova"Like a cherub..." by the representative of the Crimean Republican Branch of the Union of Theatrical Figures of Russia.

-  The SPECIAL PRIZE "For the aristocratic spirit" of the Republican independent socio-political newspaper "Krymskaya Pravda" was awarded to the film "Don't Leave Here" directed by Marina Trush and Vladimir Samorodov.

- The Crimean branch of ROSSIYSKAYA GAZETA has prepared a prize and a DIPLOMA "For excellence in working with newsreels" for the documentary series "Eternal Fatherland" directed by Andrey Osipov.

- The Crimean Estonian Cultural Society has prepared a SPECIAL DIPLOMA "For the memory of our common history " for the film "Amandus Adamson. Times of Life" by Ella Agranovskaya and Nikolai Sharubin.

- It has become a good tradition at Crimean film festivals to award films from the founder of the Festival – the Ministry of Culture of the Republic of Crimea. As a rule, these are films dedicated to the themes of culture and the arts. The Deputy Minister of Culture Andrey Tereshchenko presented the Crimean Mosaic Prize and Diplomas to Maxim Kuznetsov for his film "We played the Gardener...", and to Mariam Ohanyan, Republic of Armenia, for the film "Kapuit manushak/Blue violet".

After the presentation of a series of prizes and gifts from various organizations, it was time to present the awards determined by the Festival's Jury: Alexander Gerasimov, Yevgeny Golynkin, Indira Cherdjieva, Lyudmila Obukhovskaya and Ismet Zaatov.

First, these were the Jury Diplomas for certain achievements of the creative teams of the films: 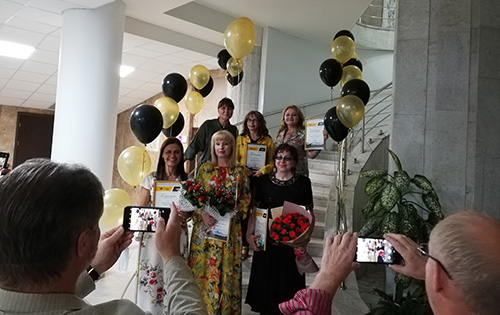 The III Crimean Open Documentary Film Festival "CrimeaDok" is over! And we are waiting for the new Festival of documentary films!